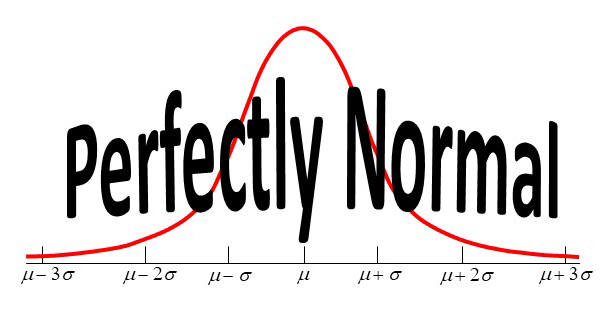 I once announced to a psychologist that during that day’s session, we were going to play a game called “That’s Perfectly Normal.”  I would tell him something that I was thinking or feeling, and he would respond with “That’s Perfectly Normal!” and then describe why.  It was a reassuring (and entertaining) game, and I recently found myself playing the other side of this game with a colleague who has been leading a major curricular change effort.

In this short blog venue, I can’t fully describe the amount of energy, effort, collaboration, communication, and social/political capital that my colleague has invested in this change effort over the past two years.  As I am writing this post, their institution’s faculty assembly is preparing to vote on whether or not the change will be implemented.  As a change agent navigating their way through a great deal of peer judgement about their project, my colleague has been thinking and feeling a lot of Perfectly Normal things right now.  For example:

The more we invest of ourselves in a change project, the easier it is to interpret evaluation of that change project as judgment of ourselves.  Feeling judged by one’s peers can be difficult.  For example, how many of the above sentiments (higher standards, political leverage, challenges to one’s level of expertise, rumors of gossip, helpful- not-helpful advice) have you expressed, or heard expressed, in regards to peer judgement of a promotion/tenure case?

All of the feelings articulated above are absolutely valid.  As I told my colleague, I don’t believe in ignoring or trying to suppress feelings (more on this will be forthcoming in a future blog post).  However, I do believe that we can deliberately reframe difficult situations by allowing our emotions and our logic to operate together, helping us navigate situations more gracefully while directing less negativity toward ourselves and others.  My colleague is good at this, as evidenced by our reframing of the above sentiments:

It’s Perfectly Normal to sometimes just want people to shut up.  The challenge is to refrain from suggesting that they do so!  I’ll listen to as much of the critical commentary as I can, focusing hard on the underlying helpful, positive intent, and then I’ll politely move the conversation onward.

I’m not saying that this reframing is easy.  During our recent discussion, my colleague would sometimes flip back and forth between the initial emotional reactions and the reframed sentiments.  But ultimately, they consistently and consciously chose the reframed points of view.

My colleague’s training in and experience using teamwork skills, active listening techniques, a variety of communication strategies, etc., brought their academic change project to its current state of readiness.  My colleague’s ability to accept their thoughts and feelings as Perfectly Normal, and to also choose to reframe those thoughts and feelings to be more productive, are skills that will help them persevere through peer judgement of their project.